"The theme for this exhibition was de-centering, and I wanted to respond by de-centering the narrative of the white male achievements that can often be found within museum and gallery settings and center the many often forgotten achievements of revolutionary Muslim women instead.

The piece explores the erasure that Muslim women have faced throughout history. Its title ‘Thawra’, meaning ‘Revolution’, is a term and concept which gained momentum and notoriety in the protests of the Arab Spring. The work is comprised of a pattern woven through columns of gold thread. It features an unwoven outline of Alaa Salah, one of many Sudanese women leading protests against the government in April 2019. This image of Salah taken by Lana Haroun went viral on social media, but largely within Muslim communities/echo chambers, which has fuelled my interest in how social media works to perpetuate this erasure. Salah has since risen to be a prominent contemporary symbol of Muslim female leadership in the world today.​The pattern woven within includes images or symbols of other revolutionary Muslim women including Asma Jahangir, Dr. Hawa Abdi, Fatima Ahmed Ibrahim, a tile from the Fatima Al Fihri Al Qarawiyyin University, and the shrine of Sayyidah Zainab Bint Ali. This work centers around the theme of Muslim Female empowerment. This piece is an homage to six different Muslim women of all ages, backgrounds and across generations (626 AD - 2019) with two common threads that weave them together, they are Muslim women and they have spoken up and challenged the oppressive regimes of their time.
​
The only thread that ties these women together is their faith and their refusal to be silent. Religion is so often vilified as a tool of oppression for Muslim women, and indeed in the hands of men it has been weaponised against women throughout history. It is inspiring to see how, in their agency, faith is a source of liberation for these women and so I hope this piece showcases the emancipatory and empowering impact of faith. It is important to note that I am not trying to shoehorn anyone - there is no fixed indicator of identity or religiosity that defines Muslim women, they all have intersecting identities beyond being Muslim. For example, not all of them wear hijab, three of the women are black women, and added on to the discrimination faced as Muslim women, are further vulnerable to misogynoir and discrimination from the non-black Muslim communities, so really their faith is their only common identifier and yet its power to effect change is enormous. My hope therefore is that this piece invites viewers to confront their biases, conscious or unconscious, that perceive Muslim women through a monolithic lens, and as passive subjects.​My choice to leave the outline unwoven symbolises the erasure that Muslim women face, both historically and in contemporary society. There are elements of more traditional making within the work, such as the crocheted earring and traditional weaving at the bottom of the piece.” 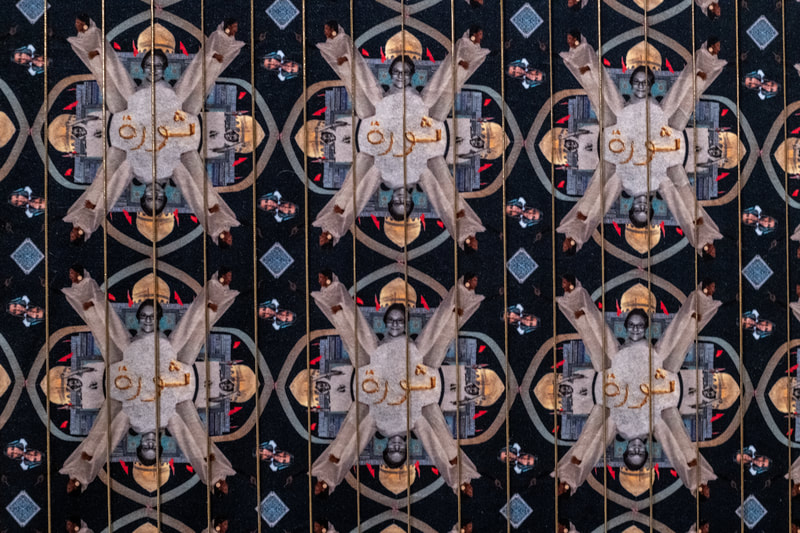 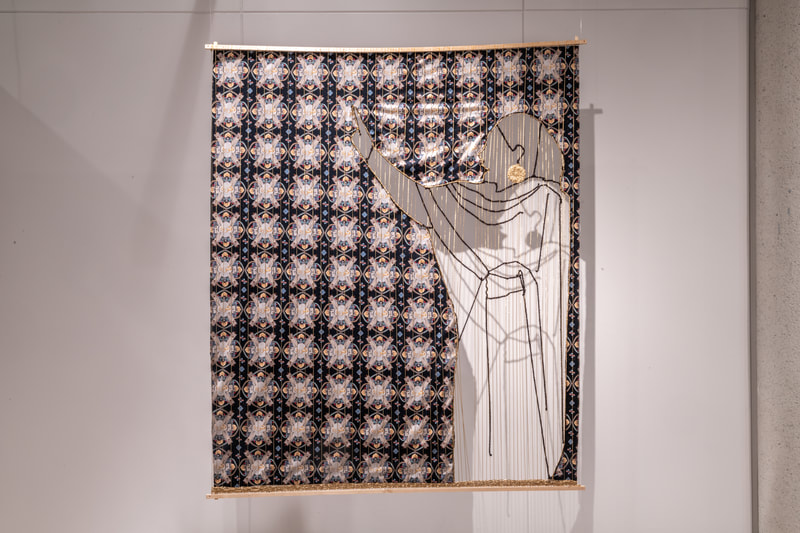 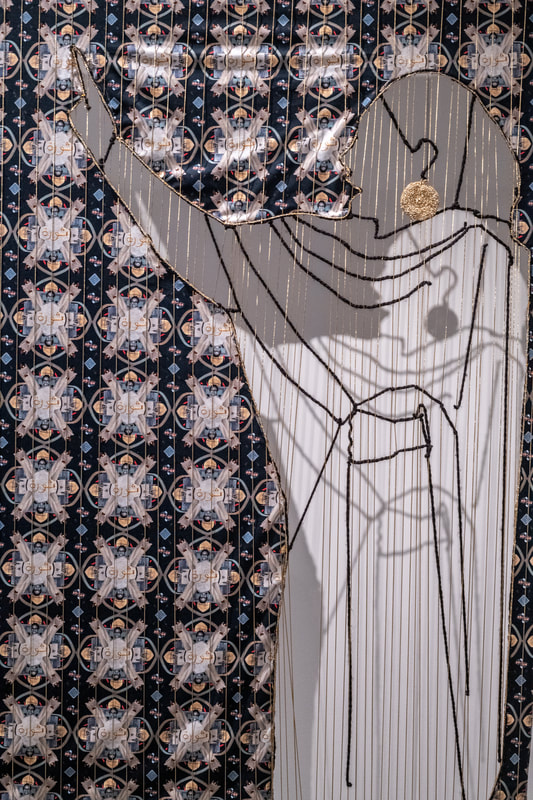